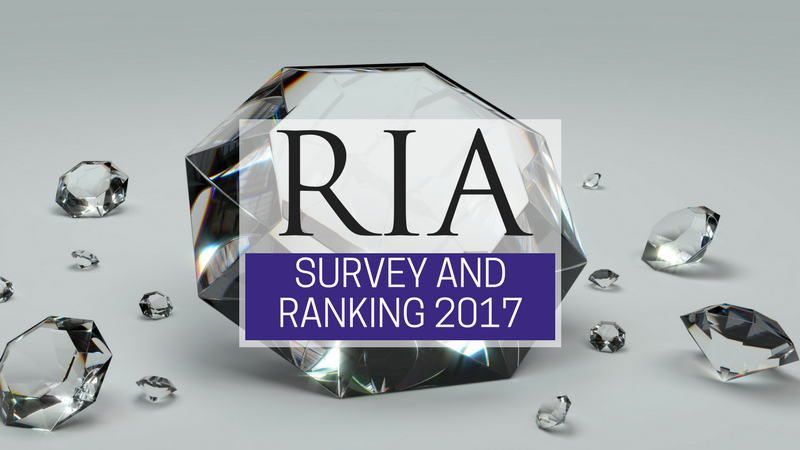 Mission Wealth is pleased to announce it has been named to Financial Advisor Magazine’s 2017 RIA Ranking, which lists the top Registered Investment Advisor firms in the country. The ranking was released in the magazine's July issue.

Tens of thousands of independent advisory firms across the nation were narrowed down to just 638. Mission Wealth placed in the top 26% of the list at #163 and was the only ranked company headquartered on California's Central Coast.

RIA firms completed a survey for consideration on the list, which was based on total assets under management as of year-end 2016. There are no fees required of independent advisory firms that are surveyed by Financial Magazine for the RIA Ranking.

Mission Wealth manages over $1.5 billion in assets. Besides its Santa Barbara headquarters, the firm has seven other offices located in the states of California, Oregon, Washington, Arizona and Colorado.

“We are proud and honored to be included among this esteemed group of Registered Investment Advisors from around the country,” said Dannell Stuart, Mission Wealth’s Director of Business Development. “We do not take this recognition lightly. We also do not take for granted the client and professional relationships that have been instrumental in our growth and success over the years.”

“We are motivated and inspired to continue helping our clients reach their goals by providing the highest level of caring and unbiased advice,” Stuart said.

This annual survey is performed by Financial Advisor Magazine as a means of measuring growth among independent advisors across the U.S. Firms must be registered investment advisors and provide financial planning and/or related services to individual clients. All firms must be either independently owned or a freestanding subsidiary of another business. Data is provided by each firm, mostly from numbers and information published on their Form ADV, including assets under management. Each participating advisor is then ranked alongside their participating peers.