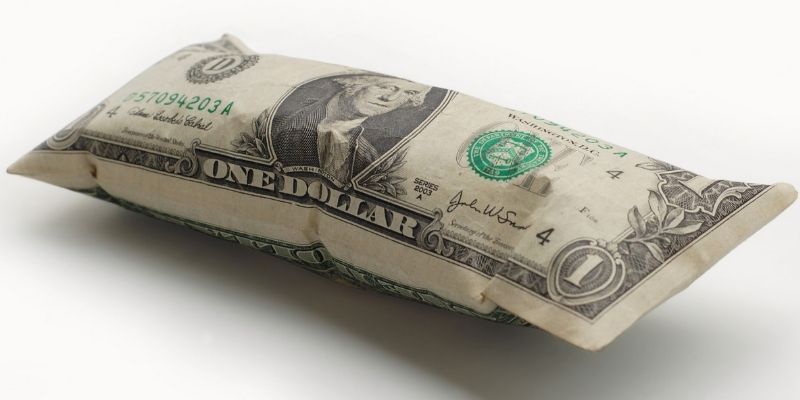 Gradual U.S. inflation helps to regulate our economy, and encourages the individual consumer to purchase more, which benefits our entire economic system - but at what point does inflation shift from beneficial to detrimental? We’ve answered some real, long-term client questions that highlight some important factors to consider when addressing the impact of inflation.

Inflation can be good - when it’s mild. It can encourage purchases when consumers expect costs to keep rising, and it can remove some of the risk of deflation. The Federal Reserve set the inflation target at 2% for the core inflation rate, and they now ignore any of the more volatile prices, like oil or gas. They may lower interest rates to boost lending if the 2% target is not reached, or alternatively raise the interest rates if the target is exceeded.

Do I risk my savings being eroded by runaway inflation?

Growing up we heard stories of people taking a wagon full of currency in just to buy a loaf of bread. The word for this was "inflation" and the cause was the government trying to pay their bills by printing so much money that too much currency was chasing too few goods, driving up the daily prices. Aren't we at risk right now as the U.S. started with record deficits and is now passing even more trillion dollar giveaways?

Brad:  Well, it's true in classic economic theory that when governments recklessly print too much money, it can cause inflation. However, we have seen inflation in this country caused by two other factors that are not present today.

Looking at the first driver, everyone knows that one of the causes of inflation is when the supply of key commodities is reduced and prices go up. In the mid-1970's OPEC and other factors tripled the price of oil, which was a key component of our economy at that time. The result was double digit inflation which was unprecedented for most of us and has not been seen since.

The other main driver of inflation is when there is a labor shortage and wages rise.

Today we have just the opposite. There is a worldwide glut of oil and other energy sources. And where full employment was a concern six months ago, unemployment, while getting better, is the real issue of the day. So both of these major potential sources of inflation are well in check.

Are there any factors that can rein in inflation, even if more money is printed by the government and trillions more dollars are issued by Washington to stimulate the economy?

Brad: Yes. Historically speaking and looking at the world in general, many of the nations that experienced runaway inflation did not have comprehensive central banking systems. Today the U.S. government has some very sophisticated tools for battling inflation, should it rear its head.

For example, after the 2008/09 crisis, the QE (Quantitative Easing) programs flooded the markets with cash (inflationary move) but as the economy recovered, they backed out of the programs in an orderly fashion, reversing course when it was no longer necessary. Inflation concerns existed then as they do today. The Federal Reserve also controls short term interest rates so they can adjust rates upward if they need to slow economic activity (which is obviously not the concern today).

Hyperinflation in Venezuela has made money so worthless that artists make handbags out of the country's currency. Should we be concerned that our currency might become worthless, as people lose faith in it?

Brad: This is highly unlikely due to one fundamental advantage this country has over other nations and leads to my question, what is the alternative for the world reserve currency? The United States is still the largest economy in the world and by far has the most trusted currency.

According to 2019 data by Statista, the U.S. Dollar was involved in 88.3% of currency transactions with the Euro coming in at 32.3%, the Yen at 16.8% with all emerging market currencies collectively adding up to 24.5% (yes, this is over 100% in total because there are two sides of the transaction meaning that 200% is the real number). While the U.S. is printing money, so is everyone else around the world. I am not endorsing this but as long as parity occurs and no other currency is seen to be the new world reserve, then we simply get away with it where smaller countries would not. The countries that could possibly be in line to replace the U.S. as the dominant currency would be; China, Euro Zone, Russia, England, all unlikely to be the new “safe” currency for the foreseeable future.

If (and when) inflation comes about, how do we protect our portfolios or take advantage of it?

Brad: There are two types of inflation, “normal” and “hyper.” We have not experienced what I would call hyperinflation since 1917-1920 when the numbers came in at 15%+ annually. That was during a time of great economic expansion, something we are far from today. We also had some wartime inflation periods in the 40’s and the oil issues of the 1970’s.

We hope today that we do experience inflation as stocks, real estate and commodities should appreciate. High yield bonds and corporate credit can also do well during normal inflation periods. The assets which come under the most adverse pressure would be cash, government bonds and “safe” assets. They may be safe from principal movement but they tend to decline in real value due to purchasing power loss.

Things are pretty uncertain right now with a surplus of commodities like oil, high unemployment and of course the impacts of coronavirus (COVID-19). Doesn’t this sound like the perfect recipe for deflation like during our countries Great Depression, and more recently in Japan?

Brad: Let’s pick this up in the next installment and focus on deflation. We have tools to combat inflation but deflation is an entirely different animal.

How Mission Wealth Can Help

Right now, we don't foresee either runaway inflation or deflation, but we are always ready to meet with clients and tailor strategies. We continue to advise clients to have a balanced approached and one that provides for immediate cash flow needs while also preparing for what the future might bring. Call your Mission Wealth advisor, anytime you want to review your current and future investment strategies. It's what we do.